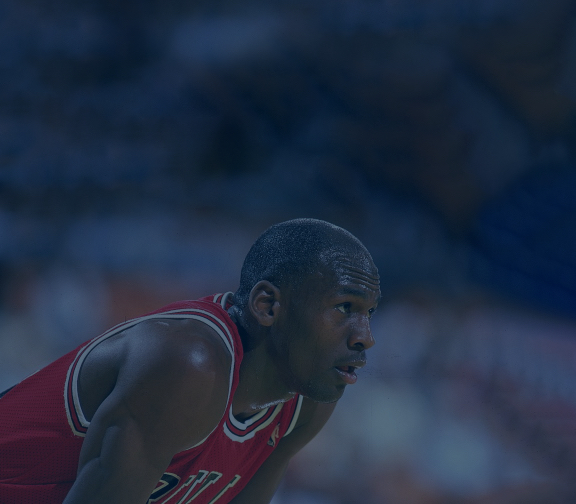 I recently finished watching The Last Dance, a very entertaining 10-part documentary miniseries on Michael Jordan and the Chicago Bulls.

In it, Jordan presents himself as a man obsessed with winning. To bring out his best, he always finds a way to make the situation feel personal to him. Even to the point of willfully deceiving himself into believing that someone was making a disrespectful remark (see Episode 8, or read Michael Jordan vs LaBradford Smith).

Jordan hates losing so much, he admits, “If I had a chance to do it all over again, I would never wanna be considered a role model. It’s like a game that is stacked against me. There’s no way I can win.”

“Most people struggle to be present. People go and sit in ashrams for 20 years in India trying to be present. Do yoga, meditate, trying to get here, now. Most people live in fear because we project the past into the future. Michael’s a mystic. He was never anywhere else. His gift was not that he could jump high, run fast, shoot a basketball. His gift was that he was completely present. And that was the separator. The big downfall of a lot of players who are otherwise gifted is thinking about failure. Michael didn’t allow what he couldn’t control to get inside his head. He would say, ‘Why would I think about missing a shot I haven’t taken yet?“

I don’t doubt that this was one of Michael Jordan’s many gifts as a human being and basketball player. But there is more to Zen than total present moment awareness.

The following story from Thoughts Without A Thinker: Psychotherapy from a Buddhist Perspective illustrates that the capacities for letting go and appreciating are of equal importance to absorption in the present moment:

“You see this goblet?” asks Achaan Chaa, the Thai meditation master. “For me this glass is already broken. I enjoy it; I drink out of it. It holds my water admirably, sometimes even reflecting the sun in beautiful patterns. If I should tap it, it has a lovely ring to it. But when I put this glass on the shelf and the wind knocks it over or my elbow brushes it off the table and it falls to the ground and shatters, I say, ‘Of course.’ When I understand that the glass is already broken, every moment with it is precious.”

Understanding that everything will come to an end forces you to not only let go of your attachment (whether it’s to winning the game or to the various uses of a glass), but allows you to appreciate the thing for all it gives you.

To this point, at the end of The Last Dance we meet a present-day Michael Jordan who clearly still finds it painful to reflect back on the Chicago Bulls dissolving, which, in his mind, happened too soon.

To Michael Jordan, this is a personal loss. His attachment to winning with the Bulls and how the end of this era transpired is painful. He struggles to let go of what happened. A story that was about winning has become a story about loss and about what could have been. But who is creating that story?

The way you feel about what happens ultimately rests with the story that is generated from your own mind. It’s this story that defines these moments for you, and the impact they have on your life.

You are the one that gives these stories the importance and power they have.

The Universe is neutral. It just is. You are the meaning maker.

If you don’t like the story you’re telling yourself … you can create a new one.

If you don’t like the game you’re playing … create a different game.

You can choose to make it personal (like Jordan), or you can make it universal (like meditation master Achaan Chaa). You can let go of the stories that don’t work for you, and create stories that do. It all depends on what you want to create.

This is how Jordan’s coach, Phil Jackson, describes it in his book Sacred Hoops: Spiritual Lessons from a Hardwood Warrior:

“My obsession with winning had robbed me of my joy of the dance. I realized I’d been trapped for years on an emotional roller coaster of winning and losing, and it was tearing me apart.”

It’s easy to get lost in the game. But if you know that you are just playing, you can have fun with it.

So ask yourself: What game are you playing? Are you creating the story you want?

“Like life, basketball is messy and unpredictable. It has its way with you, no matter how hard you try to control it. The trick is to experience each moment with a clear mind and an open heart. When you do that, the game—and life—will take care of itself.” – Phil Jackson, most winning NBA basketball coach in history with 11 championship rings

P. S. Here is a 5 min video with Phil Jackson speaking to Oprah Winfrey about how he brought mindfulness to his teams.

DID YOU ENJOY THIS READ? SUBSCRIBE TO MY NEWSLETTER

Over the last 10 years, I have been the personal coach to some of Canada’s most successful Founder CEOs and to 250+ high-performers in business, sports and the arts.

In addition to being a Master Certified Integral Coach™, I am a trained body-centered psychotherapist and a dedicated practitioner of Zen Buddhism and mindfulness. My coaching practice is enhanced by my experiences as an Arctic Ranger in the Swedish Armed Forces, my engineering background and three years as CEO of a tech start-up with 70 employees.

My core promise is to create powerful personal and business breakthroughs.

My core values are truth, mastery and joy.

To apply for a free powerful coaching conversation email staffan@staffanrydin.com.

The Cost of Believing What You Think

Money Is Not Oxygen